Lions on the Move - a new Africa being born? 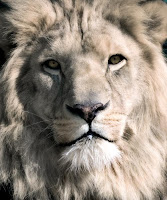 Egypt freed itself from a dictator because people claimed back their power. Protesters shouted "we are the people", the same acclamation that brought down the Iron Curtain when people in former Easter Germany protested for their freedom. It also reminds me to the United Nations Charter starting with "We the People".

While Egypt culturally belongs to the Arab world, it is an interesting cross-roads also to Africa and the West. History is being written and it seems more and more people are awakening... what does it mean for Africa and the world?

As blogged earlier, since I arrived for a new project in South Africa last year, I felt that change is in the air. This was further confirmed during a trip to Ethiopia last month. A lot of development and construction is going on, the Chinese are building a new African Union complex and the diaspora is coming back from the USA to start businesses.

If we look at the bigger picture about events on and around the continent, the signs make up a puzzle, imperfect but nonetheless we can see a path, a journey towards freedom. Just some examples: independence of African states (mainly 1950s-70s), end of cold war 1989 (which affected many African countries), end of apartheid in South Africa 1994, "first African-American" US president Obama 1998, first FIFA World Cup in Africa 2010, South Sudan separation 2011, Egypt, Ivory Coast and Libya 2011. What next?

This list is of course incomplete to give a full picture of a very diverse continent with 53 states where poverty, disparity and dictators remain in several regions. However, with omnipresent communications technology and a rising collective consciousness the trend is clear: people increasingly take ownership and demand fair political leadership, jobs and economic opportunities.

Africa's economic and social outlook is positive: The UN Secretary-General Ban Ki-moon just recently spoke about "winds of change blowing throughout Africa" and "the new narrative for Africa is a story of growth". Africa is expected to be the the fastest growing region in the world, only behind Asia. A recent McKinsey study paints a similar opportunity-rich picture calling African countries "Lions on the Move".

As the beginning 2011 is bringing change so rapidly, watch out for the rest of the year and 2012. Africa and the world are changing so fast, we better are open for it. As we have seen in the examples of Libya and Ivory Coast, the new era comes with some 'birthing pain' and old structures need to crack open for new energy to emerge. Rather resisting, can we embrace the coming change? As Mahatma Gandhi said: “You must be the change you want to see in the world”.

If you want to read more about the new, positive Africa emerging, you can for example follow Africa Good News, AfricanLoft and, of course, this blog Business4Good. Or best, see for yourself and visit the over 50 countries of Africa.